There is a growing recognition about the negative effects stemming from commodifying innovation through restrictive I.P. protection and exclusivity, especially in the medical field. Open Source Development methodologies in software emerged as the dominant form of collaborative innovation in the late 90’s and the trend has been spreading to a wider sphere of work. The IT infrastructure of today’s world enables peers to connect, share and collaborate on solving common issues through use of collective knowledge. Commons-based peer production is the term that defines such collaborative efforts by peers. The collaborators act as the stewards of commonly held wealth and assets which could be anything ; monies, knowledge, equipment, reputations, social capital etc.The beauty of such networks is that development for one project can be mixed and remixed to suit a variety of other needs. Traditionally, such endeavors have been part of a gift-economy where peers do not seek tangible rewards for their contributions. However, for larger scale and mainstream economic model, gift economy is not a viable method for development. The question, then, is how do we keep track of contributions to inform fair rewards?

That is where the Open Value Network model (OVN) comes in. An OVN is built around a core open source community, preserving its nature, and adds layers of governance, infrastructure and methodologies in order to make large scale, open innovation networks as predictable and accountable as traditional organizations, such as coops or limited liability corporations. In an OVN, contributions to a process, be it tangible items such as time and money or intangibles such as social capital, are recorded and whatever benefit is derived from this process is proportionally divided and distributed back to contributors. This makes open networks sustainable, by allowing the implementation of capturing and redistribution mechanisms. Networks have yet to gain public recognition, legitimacy and legality, but the jury is out already, the OVN model makes open networks fully capable socioeconomic agents.

SENSORICA is the first instantiation of the OVN model. It originated in Montreal, in early 2011. The initial focus of the network was to develop open source scientific research equipment using commons-based peer production methodologies. Indeed, most of activities are coordinated from the SENSORICA Montreal lab, a physical location where local affiliates can meet and work together. However, the Network Resource Planning (NRP) tools that Sensoricans have developed lays the foundation of a strong decentralized community without geographical borders. It allows tracking of the flow of resources through the entire system, at both micro and macro levels. NRP is the mainstay of all SENSORICA projects, and enables SENSORICA to practically implement the ideologies of collaborative and open innovation in a transparent and equitable manner.

The video bellow explains the idea in detail.

The wellness of societies and communities also depend on the innovation of its peers. Over the past few decades, the care aspect of communities has also been commodified. Healthcare and Education, the basics of human needs, have slowly been removed from the sphere of communities and instead, been handed over to closed and elitist institutions, including companies for profit-maximization. The result is a disjointed system where even these basic necessities are the purvey of the well-off. Moreover, in health care the quest for new cures and treatments is a quest for profits, and resources are mainly deployed in research and development (R&D) that promises good returns on investments. The illnesses of a few are forgotten. Just like with technological innovation, we, as a society, need to free knowledge and break down barriers to participation. For that to happen, Open Science will play a big part, meeting the requirement of creating open source scientific equipment and research methodologies that enable peers to do R&D on issues most important to them.

Guy Rouleau, the director of McGill University’s Montreal Neurological Institute (MNI) announced recently in the Science Magazine that his institute was going to steer towards Open Science.


“We think that it is a way to accelerate discovery and the application of neuroscience.” (…) “There is a fair amount of patenting by people at the institute, but the outcomes have not been very useful” (...) “It comes down to what is the reason for our existence? It’s to accelerate science, not to make money.”

SENSORICA has already taken concrete steps towards implementing this vision. One of the first projects undertaken by Sensoricans was the Mosquito, a force-transducer with ability to detect micron-scale movements, designed for applications in biomechanics at the cellular level. Today, SENSORICA has over 15 projects for open source scientific instruments in different stages of development, some of them being used in University labs (see the full list). However, the main potential lies in the ability of the community to build upon these and many other devices and repurpose them to fit needs in diverse fields. 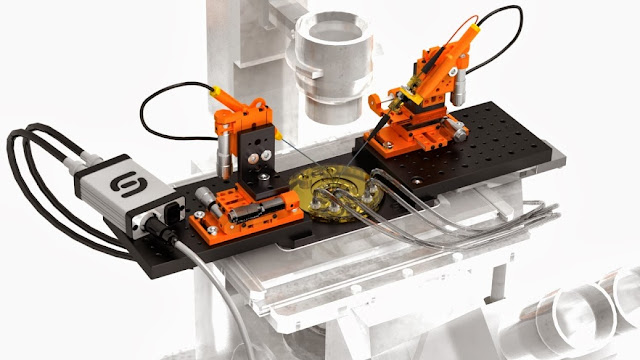 Open source scientific instruments cost only of a small fraction to produce and to maintain, compared to their proprietary equivalents. This reduces the costs of innovation and widens participation in research. Professor Joshua Pearce from Michigan Tech University, and contributor to the SENSORICA OVN mentions in one of his papers:


A case study of a syringe pump with numerous scientific and medical applications is presented. The results found millions of dollars of economic value from a relatively simple scientific device being released under open-licenses representing orders of magnitude in-crease in value from conventional proprietary development. The inescapable conclusion of this study is that FOSH development should be funded by organizations interested in maximizing re-turn on public investments particularly in technologies associated with science, medicine and education.

During its six years in development, SENSORICA has prototyped formal relations with Universities and medical centers, demonstrating how the crowd and the institutional academia can successfully interface, opening wide and filtering participation in medical research, allowing discovery to go towards what matters to people, not just to Wall Street. The Mosquito sensor has been developed in collaboration with the Montreal Heart Institute and Ecole Polytechnique de Montreal, the Manipulators have been developed in partnership with McGill University. Numerous students have done their internship within the SENSORICA lab, not only practicing their technical skills, but also learning how to operate in a network-type, highly collaborative environment. See SENSORICA’s Interns webpage.

In early 2015, SENSORICA partnered with Breathing Games to produce an open source therapeutic device for kids suffering from cystic fibrosis. But this project is very different. As we are designing the hardware device, we are also thinking about how the data generated from its use during therapy sessions will be managed. It turns out that the blockchain technology can truly revolutionize how therapy and medical care are administered, and how the medical data is managed, and SENSORICA has already embarked in blockchain applications development.

The vision for SENSORICA is to demonstrate the economic viability and practical superiority of open innovation. Since innovation has been segregated from community for the better part of the last century, the possibilities of applications are endless. We are not claiming to have the solution all the problems that our health care system is facing, but our past experiences have allowed us to peer into a new realm of solutions, enabled by the new digital technology and the new socioeconomic processes it has made possible.

There is a lot of criticism for commons-based peer processes pertaining to their ability to deliver large scale solutions, while being self-sustainable. In other words, the conclusions point to the persistent need of traditional forms of organizing innovation, production and distribution, in order to fuel these new processes: one needs to have a paid job to contribute to open source development. The flaw in these arguments is that they analyse these new practices within the traditional capitalist paradigm. Commons-based peer processes are part of a new socioeconomic paradigm, which prescribes its own underlying theory of value and its own capturing and redistribution mechanisms. Saying that open innovation is unsustainable is factually false, even within the capitalist regime. Arduino, for example, is a very successful commercial operation relying entirely on open source hardware and software technology. Most successful 3D printing and personal drone commercial operations also rely on open source, as well as operations that provide blockchain applications. All these new and disruptive technologies are dominated by these new types of ventures who know how to steward open networks. Something is going on here, for those who have eyes to see. And all these organizations are only hybrids, in the sense that their structure have capturing mechanisms that function in a market-driven economy, while relying on commons-based peer processes for innovation. SENSORICA has data that shows, perhaps for the first time, how capturing mechanisms that are fully compatible with the logic of the p2p economy can be gradually introduced within this transitory economy, to become dominant in a very near future.

We do not have experience in pharmaceuticals. We cannot prescribe today a method through commons-based peer production to deliver a new drug, going through all the norms and regulations. The monetary costs associated with this type of ventures are huge, and if we transpose the challenge in an OVN setting it would require the deployment of an amount of resources and a complexity that we cannot sustain, at this point in time. But we do not see a hard barrier... As these systems scale, one day they will be capable of undertaking such challenges. Alternatively, we do have extensive experience with scientific instruments and less costly, and less regulated therapeutic devices. This is the path of least resistance for OVNs to infiltrate the care domain and gain strength. Joshua Pearce's conclusions show that once open source-based scientific instruments enter a market niche it totally disrupts it, putting traditional companies out of business, as they cannot sustain their operations at such low product prices. This trend is starting now with medical devices, like this 30$ DIY EpiPen example. Operating at lower prices, the monetary rewards an organization gets for the product, doesn't mean that we are going towards poverty. The zero marginal cost tendency, driven by open innovation, only makes sense in the capitalist paradigm. These new organizations pull other benefits from non-market-based sources, which are forbidden to traditional for-profit enterprises. We need a different type of accounting in order to determine the wealth of network-type organizations, one that goes beyond monetary currency, because innovation, production and rewards are more and more driven and organized by new types of currencies, by new types of symbolic systems, by current-sees [a concept proposed by Arth Brook].